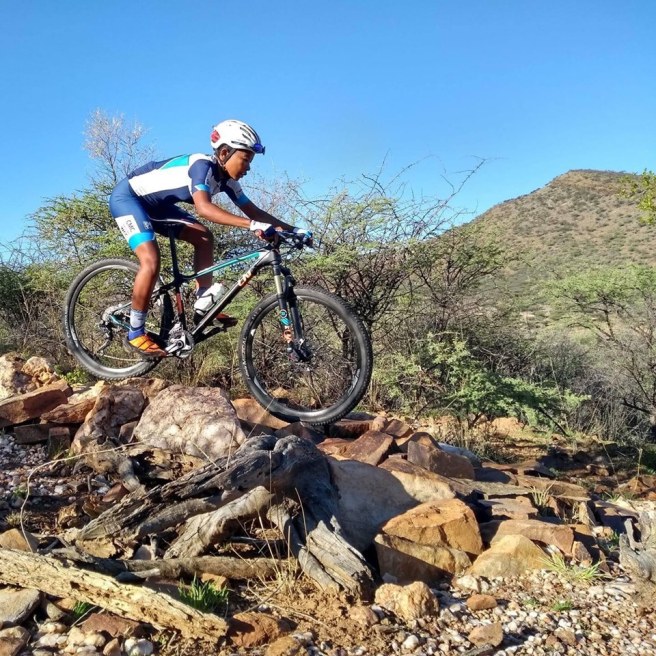 Each stroke of the pedals brings mountain biker Matshediso Bakang Ebudilwe closer to realising her dream.

Her ultimate goal is to manage a professional women’s cycling team, and the determined cyclist from Botswana has already taken the first steps to achieving that dream. Baks, as she is known to her friends, became the first Motswana (citizen of Botswana) to represent the African country at a UCI world championship event, when she battled the hills in the u23 category in Lenzerheide, Switzerland, in 2018.

“That was like a dream come true,” explains the pint-sized rider.

“I was so happy and I felt like a hero. That was the best thing that I have ever done for this mother land.”

The next goal is to compete at the Olympic Games in Tokyo in the Mountain Bike Cross Country event, where she hopes to join some of her team mates from The Sufferfest African Dream Team.

“African Dream Team is the only UCI (Union Cycliste Internationale) registered team in Africa. It is an MTB team for African riders from Lesotho and Botswana, although I’m the only rider from Botswana.”

Ebudilwe is hoping to draw motivation and advice from her team mates, including Phetetso Monese, who competed at the 2016 Rio Olympic Games. 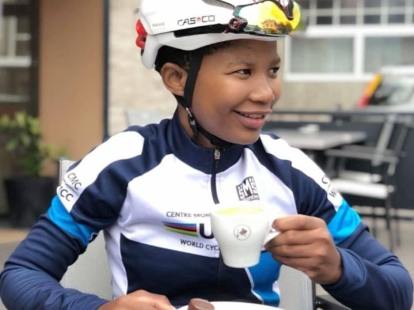 The establishment of The Sufferfest African Dream Team is the major reason that Ebudilwe switched from road cycling, where she won multiple national titles, to mountain biking.

“The scholarship for the African Dream Team was available only for mountain biking, so I decided to try for the scholarship because I didn’t want to miss that once-in-a-lifetime opportunity.”

This opportunity sees Ebudilwe divide her time between southern Africa, where the team trains on the hills and altitude of Lesotho and South Africa, and Switzerland, where she is based during the European racing season.

Switzerland is a long way from the village of Mahalapye in the north of Botswana, where the self-confessed tomboy grew up.

“I grew up with my brother and cousins as the only girl, playing with the boys and everything they did. I did my primary and secondary school in Mahalapye, where I played soccer and I was the team captain.”

“I moved to the great city of Gaborone for senior school, and I got involved in cycling when I was doing my final year. I wanted to try a new sport, then I thought cycling is not so popular, so let me go for it.”

A background in road cycling explains where Ebudilwe’s strengths lie as a mountain biker.

“Since I started cycling with a road bike, I’m better on flatter trails, where I can just put the hammer down and go without any obstacles to do. I think I am better at endurance, definitely not climbing, because I’m from a very flat country and low altitude.”

That said, she is certainly enjoying her adopted sport.

“MTB is fun, it gives me freedom. I go anywhere I want. It’s also challenging mentally on some of the obstacles.”

Ebudilwe’s ascension to the world championships began on African soil, where she competed in the African Youth Games, the African Road Championships and the African MTB Championships. It is also where she joined fellow Dream Team rider Likeleli Masitise for a very credible 3rd place in the Elite Women’s category of ‘Lesotho Sky’, a six-stage cross country race through the high-altitude trails of the land-locked African nation.

While Ebudilwe is the first Motswana to challenge herself against the sport’s best at the world championships, she doesn’t expect to be the last.

“My federation is trying to make the MTB sport grow. They took 7 guys to the African Championships in Namibia this year, so they’re really trying.”

She also credits the federation, as well as her support network, with her rise to the elite level of the sport.

“There are lots of people who contribute a lot to my cycling career. My local club Tsela riders, my team African Dream Team, my federation, my parents and friends, they support me left, right and centre.”

The 22-year-old revealed that she was chubby when she was 17/18, and that her dedication to training helped her to lose weight and develop the endurance of an elite cyclist.

“I train hard, I build my power in wattbikes and I try to push myself, even if it’s painful. I want to go to the Olympics next year.”

The time spent sweating in the lab is also taking Ebudilwe closer to her ultimate dream.

“I want to get a degree in sports management. Having a lady’s team is one of my dreams, and I also want to have my own beautiful family one day and own a laboratory for sports tests.”

Baks describes herself as a quiet person,

“…but that depends on where I am and who I am with. At school I was the funniest.”

It’s no surprise then, when she reveals;

“Above all, I want to live a happy life.”