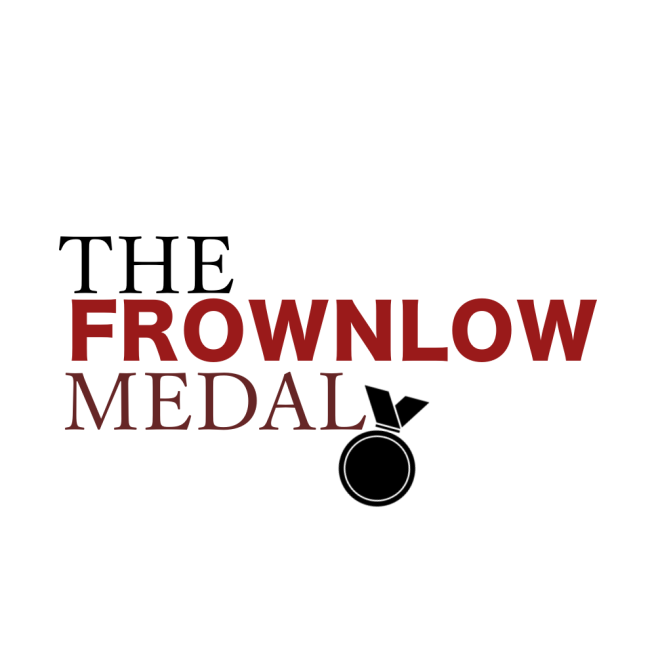 The Frownlow Medal 2018 is so far shaping up as a battle between James, Jayden, George, Jordan, Josh, Jason….and Karmichael.

The Frownlow Medal is awarded to the player whose off-field demeanour epitomises the values of the modern day footballer and draws attention to the status of footballers as role models to young Australians. It covers Australia’s four major football codes; the National Rugby League (NRL), Australian Football League (AFL), the A-League (Football) and Rugby Union’s Super Rugby competition. Kiwi international Shaun Kenny-Dowall won the inaugural medal in 2015 before Corey Norman in 2016 and Tim Simona in 2017.

James Tedesco initiated hostilities as early as October 2017 when he engaged in a drunken brawl with Italy teammate Shannon Wakeman during the Rugby League World Cup.

Youngster Jayden Nikorima was sacked by the Sydney Roosters after failing a drug test for the second time in his short career, while Josh Dugan made his annual bid for The Frownlow Medal, this time after being kicked out of an RSL club for drunken, anti-social behaviour.

Dugan was last seen heading to the tattoo parlour for another permanent reminder of yet another off-field incident.

AFL players reacted to the challenge of their NRL foes.

Jason Johannisen momentarily diverted attention from his bleached blonde, curly, fuzzy, flat-top style mop..something…on the top of his head, when he was involved in a highly publicised incident at Crown Casino. Jordan De Goey showed solidarity with his tight-shorted brethren when he was arrested for drink driving and picked up his second career nomination for The Frownlow Medal. De Goey’s earned his first nomination when he blamed his dog for an injury to his hand, which had actually occurred after a few too many drinks at a Melbourne night spot.

George Smith put in the hard yards on behalf of Rugby Union, only to be chased down by a Japanese taxi driver. The veteran Brumby and Wallaby flanker was arrested for a drunken altercation with a taxi driver in Tokyo just before returning to Australia to play in the 2018 Super Rugby season for the Queensland Reds.

Thankfully, Karmichael Hunt has offered a glimmer of hope for fans of The Frownlow Medal, who may by now be feeling understandably JAYded.

The former NRL and AFL and current (maybe) Super Rugby player was found guilty of drug possession for the second time in his code-hopping career and has a unique opportunity to unify The Frownlow Medal for the first time in history – if only he could snare a contract with an A-League football club.

Karmichael and the Jays have fired the first shots in this year’s battle for Australia’s most highly coveted sports award, but have done so before the winter football season has even started. Have they peaked too soon?

They will all find out later this year.

Meanwhile, find out about Frownlow nominees, past and present, at http://www.instagram.com/thefrownlowmedal/