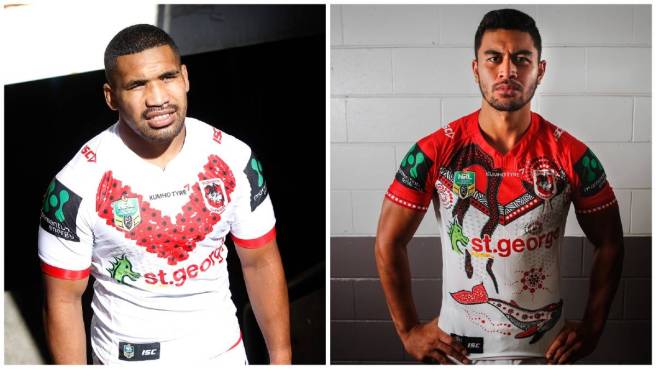 St George Illawarra players Tim Lafai and Siliva Havili have been nominated for the 2016 Frownlow Medal for their involvement in an alcohol fuelled, late night brawl in Wollongong.

Lafai and Havili were arrested for failing to cooperate with police at the scene of the brawl in central Wollongong.

The Frownlow Medal is awarded to the player whose off-field demeanour epitomises the values of the modern day footballer and draws attention to the status of footballers as role models to young Australians. It covers Australia’s four major football codes; the National Rugby League (NRL), Australian Football League (AFL), the A-League (Football) and Rugby Union’s Super Rugby competition. The first medal was awarded to Sydney Roosters and New Zealand representative Shaun Kenny-Dowall in 2015.

The Frownlow Medal Hall of Fame honours former players and players who received media attention in previous seasons, for similarly scandalous behaviour, and its inductees include Ben Cousins and Todd Carney.

The incident occurred after both players were dropped from first grade and sent to play in the NSW Cup team, the Illawarra Cutters.