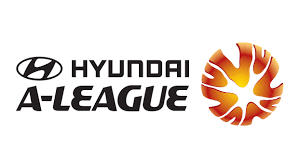 The failure to produce a single candidate for the prestigious Frownlow Medal has forced commentators to question the off-field actions of players from the A-League.

Footballers, or soccer players as they are sometimes known, have not registered a single nomination for the award which has so far been dominated by players from the National Rugby League (NRL) and the Australian Football League (AFL). Already in 2016, numerous NRL and AFL figures have ‘put their hand up’ for nomination for both the Frownlow Medal and the Frownlow Medal Hall of Fame.

The Frownlow Medal (nee Downlow Medal) is awarded to the player whose off field demeanour epitomises the values of the modern day footballer and draws attention to the status of footballers as role models to young Australians. It covers Australia’s four major football codes; the National Rugby League (NRL), Australian Football League (AFL), the A-League (Football) and Rugby Union’s Super Rugby competition. The first medal was awarded to Sydney Roosters and New Zealand representative Shaun Kenny-Dowall in 2015.

A-League administrators and Football Federation Australia could not offer any explanation for their code’s lack of representation.

Some pundits believe the staging of the A-League during the summer months may be a contributing factor but many experts agree that the extra-curricular activities of players from the winter codes are so newsworthy that the exponents of ‘The World Game’ simply can’t compete.