There are two people in the cafe. Both are sniffling, and I am defenceless. My headphones are at home and the only armoury I can access is a serviette. I roll it into two little balls and push them into my ears. It’s a method I first used while driving from Arnhem Land to Sydney in a beat up old 4wd with no volume control.

The two people with whom I share the cafe look at me strangely. They appear concerned for my state of mind. I’m more concerned that one of the snifflers is about to serve me my food.

I wasn’t planning to lunch at this cafe, but I missed the train home and had no desire to sit on a windy platform for an hour. I also ventured out of the house armour free because it is only a short ride on a seldom crowded train. Normally, my armoury comprises headphones and second phone with downloaded music and white noise, and this helps to drown out other people’s banal one-sided phone conversations, other people’s music, other people’s eating and other people’s sniffling.

We are huddled in the cafe for sustenance and protection from the biting wind which warns us of the impending winter. The weather provokes sniffling, but it is too hard to carry a tissue, and to use it? Or to clear one’s nose with a serviette, so I don’t have to shove them in my ears.

The train ride home passes without incident. No snifflers, no talkers, and no second-hand music, and I make it back to the trenches unharmed, even without protection. I relax with the promise of a heater and relief from the wind, then I see it. The silver Volvo. Derrick is here.

DIY Derrick has arrived at his humble weekender from the city He will begin his stay by mowing his substantial lawn, clipping his lengthy edges; greeting the neighbours with the piercing whirr of his ageing lawn mower and angry line trimmer. He will stop for tea, then spend the remainder of his stay engrossed in DIY projects around the house and in his shed, determined to play with every power tool he owns. I find my headphones and plug them into my laptop, then turn on the 40 minutes of thunderstorm and rain sounds.

DIY Derrick’s projects and lawn care take longer than 40 minutes. Much longer. I press play again. This is how I defend myself against DIY Derrick. Derrick may or may not be his name, that’s just what I call him.

I pray for rain, but I’m a lapsed Catholic.

Nigel is another nemesis. He is quiet and mild-mannered, until he goes to war with his lawns. Nextdoor Nigel can strike at any time, and his attacks are brutal. He waits until 6pm in summer, or 4pm in winter, before he storms out of his trenches to cut down his enemies. Nigel is a seasoned campaigner with a trusty old weapon, and waits until his opponent is relaxed, complacent and not expecting an attack. He waits until his enemy has returned to the trenches after a day of toil, and is relaxing. That’s when he strikes. Nigel is relentless, and does not cease the bombardment for three hours. It is only when the heavy latch falls into place on his storage container that it is safe to remove the headphones. Safe to unplug. Safe to strip off the armoury.

Bored Baby Boomers and their power tools force me to live a life in headphones.

The wind which drove us into the cafe at lunchtime is sometimes a saviour. It comes from the west. It carries the cold, but it carries the noise from the highway towards the waves on the coast, and away from me. The braking trucks, the farting Harleys, the unmuffled V8s; all bombarding me with noise. Truck after truck braking and accelerating through the centre of town under the command of their rotund controllers. Similarly proportioned Harley riders crackling through town on unnecessarily loud machines which garner their owners fleeting attention from those within earshot. Attention they cannot earn in any other way. I long for the days of electric vehicles, quiet vehicles, cleaner vehicles, but in this country?

When will it be safe to take off my headphones?

“So, what brings you on this auspicious journey?” asked the woman seated opposite Steve.

“Apart form the opportunity to become one of the world’s last true pioneers?” he chuckled in reference to the promotional material.

“I’m Dita, by the way, and this is my partner Norah”

Polite and stilted conversations had begun after the captain informed passengers they could remove phase one of their elaborate safety apparatus. They slid band 1 out of clip A before lowering band 2 in order to reach clip B which upon release gave access to clip C…

“It started one sunny Sunday,” began Steve, and Dita certainly didn’t object to a longwinded story on this seemingly interminable journey.

“Varna kicked it off, her Huskie barking his lungs out at 6am and that was the end of the sleep in.”

“Any idea why he was barking?”

“Probably protesting about the tropical heat and humidity.”

“We won’t be meeting a huskie or Varna where we’re going,” said Dita confidently.

“Then Victor fired up his lawnmower for a few hours. He loves cutting grass.”

“At least he was cutting his own grass this time,” added Steve’s wife Patty.

“That’s not fair,” Steve chided her politely, “you don’t know that for sure.”

“Oh yes I do, I caught the pretty young thing scurrying down the side passage with a guilty grin on her face on more than one occasion.”

“Did you tell the wife?” asked Norah

“Absolutely not,” declared Patty,” I don’t like to be nosy.”

“Plus, not our concern anymore. Not where we’re going.”

“Very true – but is that the only reason? I mean, it was an arduous application process,” to which the new friends rolled their eyes in sync.

“What about that one question – Can you list 10 delicious and nutritious recipes featuring potato, silverbeet and cabbage?” and they laughed concomitantly.

“But actually, there were more reasons”

“Mack owns the weekender across the road and spends his weekends working on D I Y projects with his Mackita.

“Well she is Mexican – he’s Mack so she’s Mackita,” he stated proudly.

“Meanwhile, Marcel went to war with his garden and that chainsaw left horrific wounds on every living organism in sight – I bet he’s STILL going.”

“At the same time, Ozito launched into another renovation. I guess he has to justify that garage full of tools and add-ons”

Patty was required to explain again.

“More champagne comedy,” she said sarcastically. “Ozito is our patriotic nextdoor neighbour. Raises and lowers the Aussie flag every morning and evening without fail.

“So, I guess you can say we’ve come all this way for some peace and quiet,” surmised Steve.

As the journey entered its final hour, passengers were ordered to begin strapping themselves back into their safety apparatus. The vessel shook and shuddered in anger.

Finally, the captain uttered the words they had waited so long to hear.

“Welcome to the moon.” 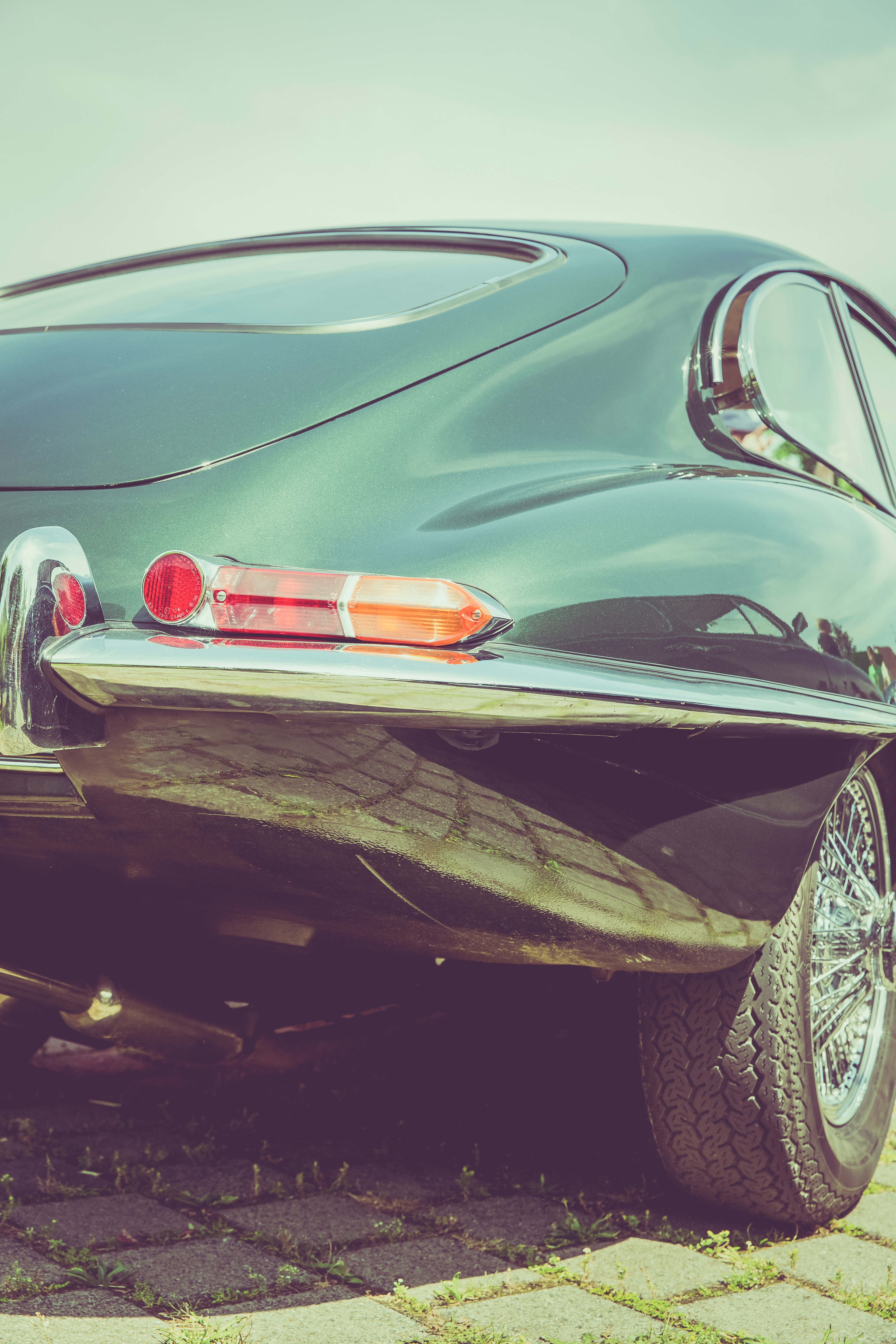 “Noisemakers, behold, your Mayor of Mayhem…”

They waited. Beady, desperate eyes squinted at their Sky Box.

The rotund, bespectacled one, the Mayor of Mayhem, loomed large over them; in them.

Then it appeared, filling the Sky Box.

Hundreds upon thousands of Noisemakers unleashed themselves onto the streets. Activated, emboldened, enabled. Sent forth.

‘NOISE NOT KNOWLEDGE’ ran the mantra, seared into their consciousness.

The scene at the library pleased Jarryd. Noise was heard. Hollow noise. One corner of his mouth turned upward, involuntarily.

His ears pricked, he heard it. A Talk Box. It spurted loud, obtrusive, vacuous noise. Jarryd could almost see the learning leaching out of the pages of the lonesome books, spilling like blood onto the sponge-like carpet. Lost.

Time was ticking. More mayhem was demanded, and action requires sustenance. A public house lured the loyal servant and he rode to it on a wave of violent squawking.

“Do you have mayonnaise?” enquired Jarryd, motioning to his hot chips.

No Mayonnaise, and no Sky Box – just innocuous screens with Surfing on loop.

A second public house was located, a house alike in dignity.

Jarryd’s skin prickled, his stomach turned. He was jarred and jolted by the memory of this phrase and the learning it entailed, a higher learning acquired in quiet contemplation and a depth of thought which was anathema to his calling and ambitions.

The Mayor in the making stomped the clutch, ripped the throttle with fury and careered his crackling Motor Box to a public house. A safe house.

“Do you have Mayonnaise?”

“Maybe,” replied the barmaid with a smirk. A juvenile smirk, a smirk in development. An apprentice’s smirk, An ally, but not a competitor.

The scene pleased Jarryd. Eyes flittered from Sky Box to Talk Box to Sky Box… noise filled every crevice of the space. The Talk Box and the Sky Box downloaded their orders into Jarryd.

“What are you doing’?” she whispered in pain and dismay.

Jarred smirked. A maleficent grin, close to perfection, he knew, as he caught its reflection in her glasses. He was ready.