They’re not necessary. An alternative exists, and that alternative is superior. Furthermore, banning disposable cups for customers who dine in is a small, practical, reasonable and achievable initiative which could make a real difference to the amount of waste sent to landfill.

Coffee mugs were designed specifically to hold coffee or tea. Ceramic mugs can be reused time and time again, and dine in customers enjoyed their tea and coffee long before the advent of disposable cups.

Single use plastic bags have been banned in many parts of the world. Disposable coffee cups for dine in customers can be banned too.

But cups are biodegradable…

Not all of them. Technology has improved but many still contain plastic to make them watertight. In some parts of the world takeaway coffee is always served in cups that are not biodegradable – they don’t even try to be sustainable. Furthermore, one biodegradable coffee cup in landfill is still worse than no disposable cup in landfill.

Brazil is famous for coffee. Anecdotal evidence suggests this habit is very uncommon in Brazil. Apparently, it is also forbidden in some larger Brazilian cities to serve coffee in a disposable cup to customers who are dining in. Why can’t this law be introduced throughout the world?

Of course, any rule is only valid if it is enforced. Is it enforced in Brazil, at every café or outlet? I don’t know. I haven’t been to Brazil since 2001. The enforcement of the rule would place the onus on the staff at the café to refuse to provide the disposable cup even if it was requested. Authorities could conduct checks to monitor the application of the rule, just as inspectors conduct health and hygiene checks on food outlets.

Get used to it

Customers would have to break their habits and this would lead to the inevitable tension that accompanies every new rule change in society. I believe, however, that people would eventually get used to the rule and accept it. In Australia, people complained when single use plastic bags were phased out at major supermarkets, but they eventually got used to it. They also complained when a Goods and Services Tax (GST) added a cost to products at point of sale, but now everyone is used to it.

There are exceptions to every rule, and there may need to be exceptions to this rule. High traffic areas such as airports and food courts may be able to justify using disposable cups for all customers because of the possibility of breakage to glasses or ceramic mugs. It could also be argued that at food courts customers don’t technically dine in.

Why do people request disposable cups?

Make up your mind – it’s not that hard.

If we peel back the veneer of flimsy justifications, we know that people act out of laziness, selfishness and apathy. Most people throughout the world, and especially in wealthy countries which produce most of the planet’s waste, know that disposable cups harm the environment, but they just don’t care.

It’s time to make them care. 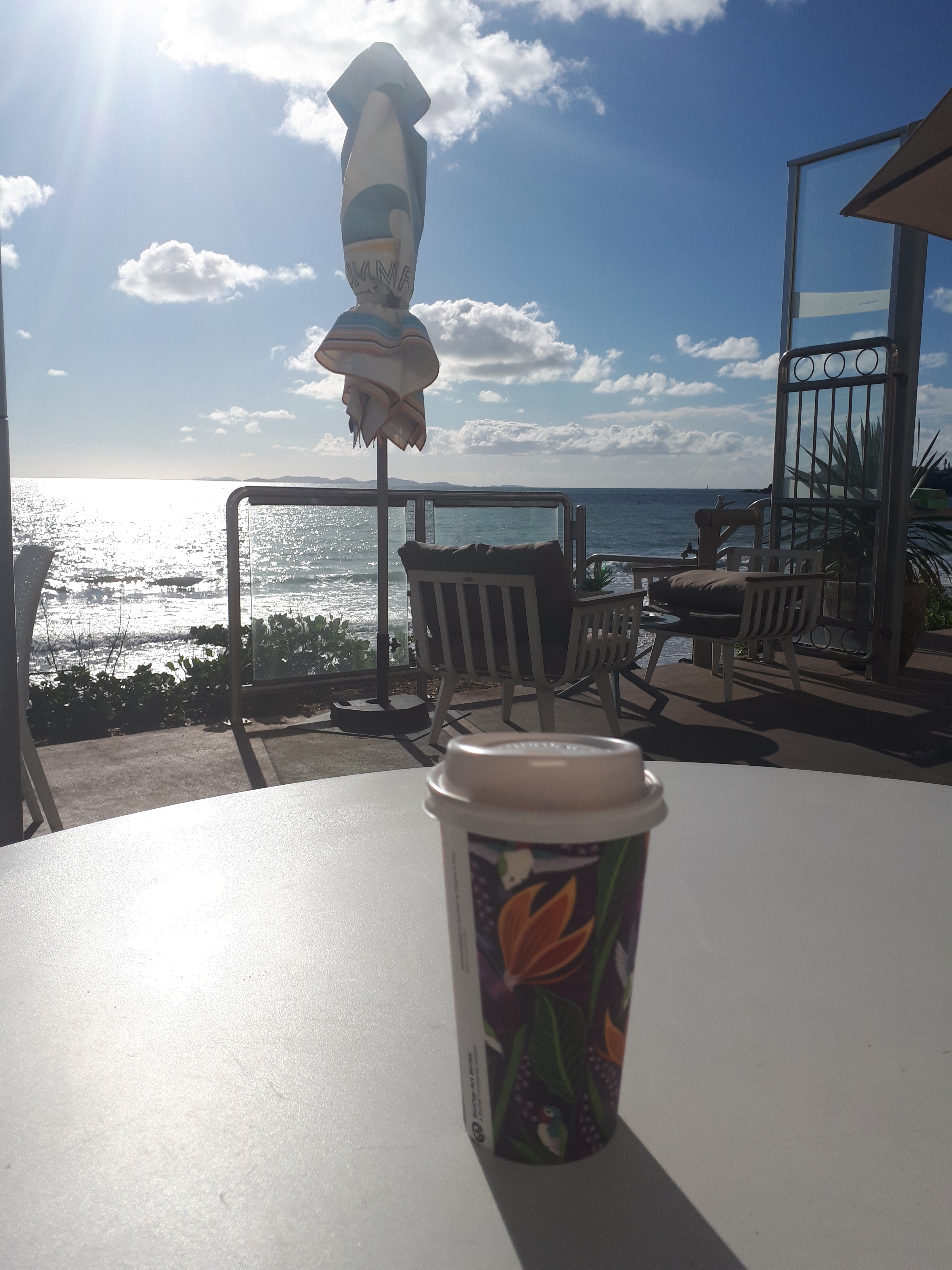 I enjoyed a nice cappuccino this morning at a nearby cafe. I’d run out of milk and used this excuse to justify a cappuccino and a snack for breakfast, instead of a boring bowl of cereal and a cup of instant coffee.

When I ordered the coffee, I was given the option of three sizes, and the options of two containers; a mug or a disposable cup. I’d already told the waitress that I would be dining in, and I’d been handed my table number, but she still offered me a disposable cup.

I didn’t think much of it and took my seat. As I was flicking through a magazine, I saw other customers receive their coffees in disposable cups despite the fact that they were dining in, and I recalled other occasions when disposable cups had been offered or given to customers dining in.

I thought disposable cups were designed only for take away purposes, and only for people who are too lazy, ignorant or apathetic to bring their own re-usable cups.

Disposable coffee cups are causing enormous damage to the environment because of the plastic lining and the frequency with which they are used. Furthermore, surely its better to put zero cups into landfill than to put a largely biodegradable cup into landfill.

So why give disposable cups to people who don’t need them?

According to Cafe Bambini, in Townsville, Queensland, which offered me the disposable cup, take away cups are given because…

“A percentage of customers order TA cups when dining in. They believe (sic) stays warmer longer or they want to take it away as they will not finish it on time. So only if requested by the customer.”

Keppel Bay Sailing Club, in Yeppoon, Queensland, only gives disposable cups to customers who dine in. According to the club,

“…our cafe is designed in a ‘grab and go’ style so we find the disposable cups to be the most useful option for our patrons. Breakages in china cups and mugs (more than normal due to through traffic and the concrete floor) was proving costly and wasteful so we found the bio-degradable, compostable BioPak cups the better option all round.”

“…Lined with Ingeo™ bioplastic – made from plants, not plastic. Certified commercially compostable to AS4736. Designed to be part of the circular economy.”

Thus, there are many reasons why cafes give disposable coffee cups to customers who dine in. Customers can choose the ceramic mug, and take responsibility for the impact they are having on the environment. Or, in the case of venues such as Keppel Bay Sailing Club, they may have to take their own reusable cup when dining in at a cafe.